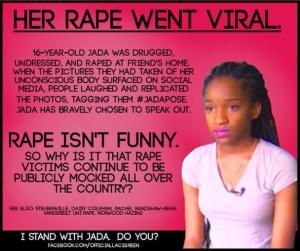 “If someone asks,‘What are those wounds on your body? they will answer,’The wounds I was given at the house of my friends.'” (Zechariah 13:6)

I’ve been listening to Jon Krakauer’s latest book, Missoula: Rape and the Justice System in a College Town, on Audible. In his Author’s Note, Krakauer writes that, “Parts of the book may be difficult to read. Some of the events I describe are extremely disturbing.” I expected the ugly details regarding the savagery committed against the young women by rapists, but what has been even more horrifying is the calculated brutality and strategic ways these young men rendered young women–many of whom had been their longtime friends–vulnerable to their predation. The parents and other adults connected to these savage college males equally troubled my already troubled faith in humanity. Mothers, fathers, coaches, and teachers who in many cases knew both victim and perpetrator stood in defense of the “boys” whose innocence they fantasized even when the young men had confessed. To that end, Missoula reminds me of Bernard Lefkowitz’s upsetting book, Our Guys: The Glen Ridge Rape and the Secret Life of the Perfect Suburb.

It’s been years since I read Our Guys, but the disgust I first felt remains palpable. The “guys” were mediocre athletes (in my opinion) who were heralded and adored in their community. Most of these kids had been classmates since preschool, but on May 23, 1989 any pretense of camaraderie and moral obligation shed its thin skin when an estimated 13 boys were present while at least five boys sadistically raped an intellectually disabled peer. Knowing this girl for most of their lives, these boys knew how susceptible she was to their deceptions and they used this understanding to violate her and to bring deep hurt and sorrow to those who loved her.

Just like the adults in Krakauer’s Missoula, the adults in Glen Ridge were incredibly supportive of the integrity of their guys. I have known people throughout my life who have done some pretty awful things, but seldom has it been the case that an entire fantasy overdetermined the facts of what had been done. The person may not have been judged evil, but certainly their crime was acknowledged as being just that, a crime. I wasn’t taught to deny information, and as a result I have always had a very healthy suspicion of men. I would even go so far as to say that I think it’s healthy to be suspicious of all men; to be skeptical of their sense of integrity; and to be alert to how patriarchy informs their sense of entitlement, arrogance, and thus their self-righteousness in violating women, attempting to dominate women, and disrespecting women.

One of my favorite poems (“His Hands) by Natasha Trethewey describes a woman who has routinely suffered abuse from men in many facets of her life. When a seemingly good man comes into her life, she remembers everything she learned from those others. As a result, she allows herself to show affection towards this man and to find happiness when she’s in his company, but she does not provide him with full access to her anytime he decides he wants it. Thus, she never gives this man a key to her house. He knows the violence she has endured from other men and he wants to distinguish himself, and without a key he must because she controls whether or not he gets the chance.

Though I do not have a daughter, I care deeply about the vulnerabilities of girls and women. I am very conscious of raising my son with either the same or an even deeper appreciation for girls and women than even I hold. To that end, being a responsible parent to a boy means teaching him strategies of “making his hands soft” as the man in the poem does when he raps on his beloved’s door. Even if a girl or a young woman thinks he’s safe, I believe he is responsible for behaving in a way that acknowledges how unsafe the world is for women. Unlike the young men described in Missoula who used the pretense of friendship to make a young woman feel safe enough to sleep at the fraternity house with him or to come up to his apartment because he forgot something, I will do my best to teach my son that being responsible means that he should ensure her safe return to her dorm or to her apartment; that he not invite her into a fraternity house, a locker room, or a football dorm.

So many of these disgraceful arguments that blame women for their victimization depend on what she should’ve known or what she should’ve understood. This problematic paradigm ignores the responsibility that men also have to respect human dignity and the humanity of women. Responsible men are those who show integrity, decency, compassion, and concern. Seducing a young women into trusting you and then raping her doesn’t make you a man. Such behavior confuses being a bad ass, morally corrupt, entitled little boy and being a mature adult who makes sound, moral judgments. Men respect women’s boundaries and don’t mistake a penis for a key.