I’m not totally averse to an expanded understanding of what it means to keep up with the Jones’s. Though this used to be a caution against competing with our peers over material possessions, it might have some under-acknowledged benefits. I have been easily swayed by arguments like the one I first read by Juliet B. Schor in her work The Overspent American: Why We Want What We Don’t Need. Schor contends that when we were at pains to try to match our neighbors in material gains, we were at least better off financially than when we started trying to keep up with the Hiltons and the Diddys. Our neighbors typically share our financial portfolio, unlike the people we try to emulate who are on television because of their multi-million dollar lifestyles, and so it becomes less costly for us when we try to keep up with the folk next door. 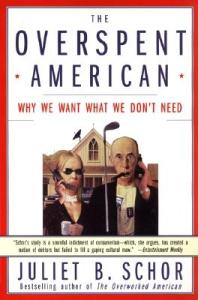 I also think keeping up with the Jones’s might have gotten a bad rap because of our attenuated focus on its association with material possessions. But trying to keep up with people who plan healthy meals for their family, who are organized, or who have beautiful gardens is not a bad idea. The documentary film A Man Named Pearl offers a wonderful example of this. The film focuses on the beautiful topiary gardens of Pearl Fryar. Fryar’s own yard offers a visual feast for visitors from his home state of South Carolina as well as for interested observers around the globe. Interestingly, he has inspired his neighbors to create their own topiary gardens. Their work is also on display in the film and they offer testimony concerning Fryar’s influence on them and their efforts to keep up with him. Fryar enjoys helping his neighbors to develop their topiary and they in turn welcome his support. In this instance, keeping up is cooperative rather than competitive.

2 thoughts on “Models Monday: Keeping Up”